The rabbis commented on the High Holiday liturgy that we need to act as if we are attempting to move God from the the throne of judgment to the throne of mercy and compassion. In other words, we have to change the climate of the world around us. Let us be the force of love and compassion. Let us act as if we love God. Let us feel God move within us inspiring us to be a force for good. If we can be moved from our chair of fear and judgement to our chair of love and respect then we, one person at a time, can make this year one of peace and blessing. Amen. 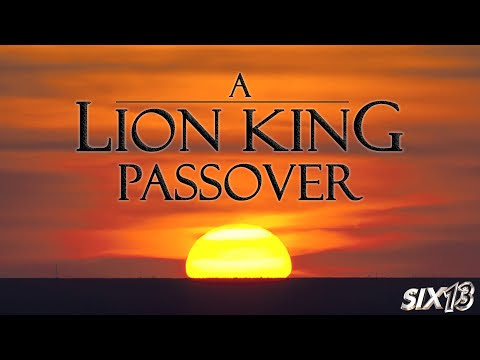 Getting Ready for Passover

As we prepare for Passover (the holiday begins Friday evening April 19), I'd like to highlight a few things that will enhance your celebration.

Before we can even celebrate Passover we traditionally "sell" our chametz (non-kosher for Passover food - grain products, etc.) before the holiday. You can click here for the form which you can send back to me.

In order to better understand the foods are kosher for Passover without a certification and how to clean all types kitchen appliances and counter tops, use this guide from the Rabbinical assembly to guide you.

The main feature of the holiday of course is the seder. For nearly 3,000 years we have gathered every year with family and friends to retell the story of the miraculous exodus of the Hebrew slaves from Egypt. With symbolic foods, the four questions by the youngest child and the prayers and readings from the Haggadah Passover remains one of the most widely observed Jewish rituals. You can imagine then that there are a…

My Daughter's Remarks at My 25th Gala


I put off writing this speech for a long time because I wasn’t sure how I was going to be able to sum up 25 years into a few short minutes. Everytime I sat down to write or brainstorm, I was overwhelmed by the memories that Shaare Tefila Congregation has provided to my family. We moved to Maryland from Lowell, Massachusetts when I was four and a half and Ilan was two. My mom was pregnant with Aliza and Eytan wasn’t even a thought! In 1994, I joined Shaare Tefila’s pre- school and although I don’t have a lot of specific memories from that time, I know for a fact that some of my life-long friends were made there. My siblings and I see Shaare Tefila as more than just a shul or my Abba’s job- we see it as an extension of our family. We have grown up playing games in the bike room on Lockwood drive and sitting on the bima during services. We have vivid memories of playing with our friends in Abba’s office when we were little. We remember so many walks to and from shul and sa…

Interpretation of the Torah is really an exciting endeavor because it can produce varied and profound lessons from the very same words. Such is the case with the very first line of our portion. The section known as Acharei Mot begins, "God spoke to Aaron after the death of his two sons who had drawn too close to the Lord..." After that statement the portion continues to describe the ritual of the Yom Kippur sacrifices. The question that biblical commentators ask is why is the introduction necessary? Why does Aaron need to be reminded of the death of his two sons (which we read 6 chapters earlier) before learning of Yom Kippur? One possible interpretation could be that Aaron is still in shock after the death of his beloved sons. He is still grieving and in a daze and has no idea what to do or where to turn. So perhaps God understands that and provides Aaron with direction. With these commandments Aaron knows he has to work. He understands t…